«Those who tell it are priests and pries-tesses….Pindar speaks of it too, and many another of the poets who are divinely inspired… They say that the soul of man is immortal… So we need not be surprised if it can recall the   knowledge of virtue…. it once possessed…The doctrine of anámnesis pro-duces energetic seekers after knowledge.»

A very important part of the poem Luceafãrul (Mihai Eminescu, «Morning Star») is concerned with a journey towards the origins of life and this world. Its matter is reflecting a problem the great poet has been (one way or another) continuously dealing with (See the cosmogony of the First Epistle, or of the Prayer of a Dacian). His preoccupation for the mystery of crea-tion, with some details that define a syn-thesis of superior creativity and philoso-phical inspiration, reveals the spiritual dimension of M. Eminescu’s poetic space.

Before approaching the miraculous verses of «Morning Star» (Luceafãrul), we should note that the Romanian folk tale   Mihai Eminescu started out from is unu-sual enough, as love is the motor behind a double attempt made by two lovers to transcend their ontological status. The maiden seeks to ascend higher than mortals and the lad to give up his immortality. But both attempts remain just a desire, more or less contoured. Below, we shall deal with only one of the two failed attempts to change one’s ontological status. The boldest one.

Weaving a folk tale into the web of his famous masterpiece, the Poet did not just stick to the story line. A philosophical spirit par excellence, he realized that the aspira-tion for a change of one’s ontological status implies self-knowledge. Without knowing one’s own nature, one’s own essence, nobo-dy can yearn for being anything else than what they already are.

And true self-knowledge is only reached through «anámnesis», remem-brance, Eminescu though, following Plato – but only so far. As opposed to Plato’s «anámnesis», meant to take the soul out from the dark cave to the light, in the Morning Star we encounter the remem-brance of a knowledge that seems to have been forgotten by a celestial being, Hy-perion, he who wished for one moment to alienate himself from his own nature. The recollection in that case has the same pur-pose as Plato’s «anámnesis», even more so as it includes magnificent images meant to express subtle philosophical ideas about the mystery of creation: about «Existence», «Non-existence» and the emergence of existence. Apart from the above-mentioned desire to know one’s essence, we can also see a special association between for-getfulness and memory, without any con-nection to Plato’s theory of «anámnesis».

The forgetfulness-memory pair, as it appears in the poem Morning Star, is not a stranger to the attempt to change an on-tological status. And this attempt is based on forgetting, both in the meaning of a will to forget, which is harder to overcome, and in that of involuntary straying, which is possible to overcome by «anámnesis».

The spectacle of “remembrance” as described by Mihai Eminescu by way of grand but at the same time amazingly vivid cosmogonic visions, is -however- impos-sible to find in Plato’s work, because it springs from the grace the Romanian poet was generously bestowed upon.

As early as the first verses describing Hyperion’s imaginary journey towards the origin of his being, we find the a-temporal thought on its way to anamnesis – through which myriads of years last only seconds -, as well as his divine power through which the thought grows wings.

Off went the Star. And as he went,

His wings grew more and more

And myriads of years were spent

For every hour that wore.

In the second stanza describing Hyperion’s journey, the world “above”, of the same essence with the wandering lightning of the thought, is set forth in words by the philosopher-poet in the shortest and most suggestive manner:

There was a sky of stars beneath,

A sky of stars o’erhead –

Among the worlds he sped.

The inclusion of the “finite” Hy-perion in the infinite beginnings is very much Eminescu. This is achieved by the re-view of the earliest first day. This way, Luceafãrul penetrates the deepest mystery of   his being, remembering the moment when “from the   valleys of the pit” the whole world was born. The implacable, yet not terrifying but tender force of the yearning – everything has arisen from -, takes him through the next “stages” of his journey towards the origin of all beings. As in almost all cosmogonies, either in the written li-terature or in the folk tradition, primordial elements participate, under various guises, in the creation of the world: the water (as matrix) and the spirit moving over the face of the primeval waters.

And from the valley of the pit

He upwards spun his way;

He saw how lights sprang up and lit

As on the earliest day.

And swam and heaved about…

And flew and flew, an arche-borne whim,

Till everything died out.

In this “death” of the yet unborn world, it seems that the very thought that thinks its emergence is lost, an image illustrated by the illusory disappointment of something that cannot be seen or known:

For where he reached there was no bourne,

To see there was no eye,

And from the chaos to be born

Time vainly made a try.

The image of the chaos – preceding the beginning of the cosmogony or, in the case of Hyperion’s journey pointing to its ending, is also manifest in the desire to change his ontological status that Hyperion shares with the Demiurge:

From chaos come, I would return

To chaos, oh, most Blessed,

For out of rest eternal born

I yearn again for rest.

But in his journey, before reaching the Demiurge, Hyperion also passes through an eerie zone, where the waters of memory seem to melt with those of forgetfulness. To him, this zone closes the time loop beyond time, where the journey towards the origins of the world took place:

And there was nothing. There was, though,

A thirst that did oppress,

A gaping gulf above, below,

At the extreme of his straying, he experienced the illusion that the sources of memory could be melted with those of forgetfulness. In his trying to descend among mortals, Hyperion even thought he was able to reach alone the border between existence and non-existence. But this had only been the image of deceit, the danger lurking for those who wish, even if for a second, to drink out of the river Lethe, “blind” forgetfulness.

Nichifor Crainic wrote exceptional pages about Hyperion as Cristian poem. In his terms, the above-mentioned stanza describes the unseen presence of God who is love and light and whose brilliance blinds any creature. He observed that Mihai Emi-nescu does not name Him here. “Only after the description of the ecstasy moment, Hyperion – addressing his prayer to this ‘nothingness’, to this ‘thirst’ which absorbs him, to this «gaping gulf like blind for-getfulness», calls Him: «Father!» Once awakened from his ecstasy, the contem-plative mind has the definitive awareness of God’s existence”(See Nichifor Crainic, Mihai Eminescu). Seeing the world being born from chaos, by divine revelation, the Poet pointed out the ‘void’, the nameless One which was at the beginning.

But, according to my interpretation, it was all too obvious that, listening to the myths of the beginnings, Mihai Eminescu subtly intuited some truths later formulated by the historian of religions Mircea Eliade: the cosmogonical myth serves as archetypal model for the creation on other plane, such as the spiritual one. 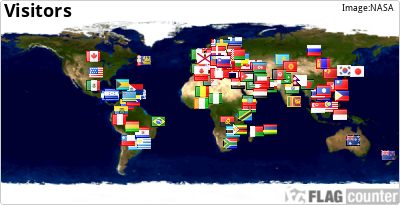 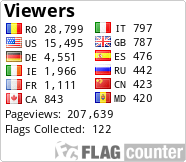